Protect Yourself from Overly Aggressive Tax Collectors Hired by the I.R.S.

Congress passed a new law this year allowing the Internal Revenue Service to hire outside companies to collect overdue taxes. Four private debt collection agencies have been contracted to collect back taxes, Conserve, CBE Partners, Pioneer and Performant. Of the four, Pioneer has come under fire for its highly aggressive, and illegal tactics.

The other three agencies appear to be following I.R.S. guidelines, but even those are under scrutiny concerning their legality. If you happen owe back taxes, the last thing you want is a tax collection agency breathing down your neck making your life a living hell threatening you with a tax levy, tax lien or wage garnishment. 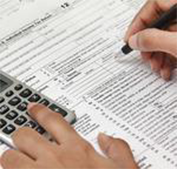 The New York Times recently reported on the illegal methods these debt collection agencies are using to go after debtors, especially Pioneer. Just knowing that they are paid on commission is alarming enough, but when you hear what they will recommend

you do to pay off the government, you have to shudder. Using high-pressure tactics, they persuade uninformed people to risk their homes with a second mortgage, to get cash advances on their credit cards and/or deplete their retirement funds. And they’re getting a 25% commission!

Upon finding this out from their constituents, three senators joined Elizabeth Warren of Massachusetts in a letter to the I.R.S., the Treasury Department and Pioneer about the abusive and illegal tactics being used on vulnerable and frightened debtors by Pioneer, calling them “incredibly dangerous.” People are losing their homes, wiping out their retirement accounts and burying themselves under massive credit card debt, terrified of what the I.R.S. will do if they don’t pay up and pay up now!