What is a Back Tax? and How to Negotiate Back Taxes With IRS?

Definition of Back Taxes:

Unpaid back taxes can be a serious issue for many taxpayers who don’t have the means to pay them. The Internal Revenue Service (IRS) has recently turned over the collection of unpaid back taxes to a private collection agency. Taxpayers who lack the means to repay taxes may often negotiate a lesser settlement via an offer in compromise with the IRS either directly or through a tax attorney.

What is Back Tax? and How to Negotiate Back Taxes With IRS?

The IRS is aware that taxpayers continue to struggle years after the U.S. economy sunk into recession.The slow recovery means that many people still struggle to generate income, but they also owe taxes from past years. The IRS may be more willing than ever to work with delinquent taxpayers, given the widespread financial pain felt by so many. But taxpayers who want extra consideration need to abide by requirements to contact the IRS to let them know what is happening and to file formal paperwork on time

With the way the economy has been over the last half-decade, one of the most common questions I hear is “I owe the IRS years of back taxes, what are my options?” Many taxpayers gravitate towards the Offer in Compromise (OIC) program, possibly falling victim to the late night television commercials that claim “we can get you a settlement for pennies on the dollar.”

No reasonable person would pass up the opportunity to settle their IRS debt for “pennies on the dollar,” but the reality is those types of resolutions are few and far between. While an OIC may work for some, it certainly does not work, or make sense, for all. The good news is the IRS has many other options available to alleviate an individual’s back taxes. If you cannot pay the IRS taxes you owe, the IRS will encourage you to charge the extra amount on your credit card. This may be a bad idea, because the interest on your credit card will probably be a lot higher than the interest and penalties the IRS will charge if you reach an agreement with them. 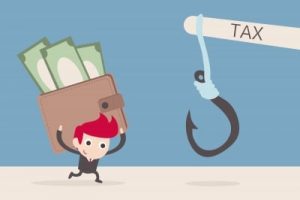 The IRS particularly focused on the following changes:

From a taxpayer’s point of view, it’s great to see the IRS offering more options for Americans struggling to keep up with their tax payments. But if you do fall behind, don’t just stand there – take the following steps to resolve your debt with Uncle Sam.

Suggested Read: What are the best ways to reduce your taxes?

If you owe the IRS an amount that you cannot pay in one lump sum with a return, it is important to file the return anyway, says peter, an IRS Tax Attorney in the office of Defense Tax Partners in Los Angeles, CA.

“This will reduce some of the penalties,” he explains. “Occasionally clients tell us that they did not file a return because they were unable to pay the tax due. This usually causes them to pay penalties that are significantly greater than they would have paid had they at least filed the return.”

IRS Problems Gets Worse with Age

It is always best to deal with these issues up front and in a proactive manner. “The IRS will not immediately pursue you for delinquent tax penalties and interest, “In many cases it will take months before the IRS begins collection efforts.”

At first, collection efforts can seem benign, consisting of only computer generated letters. At some point, however, the IRS will begin very aggressive collection tactics, including wage garnishment in which the IRS contacts your employer advising that you have delinquent tax liabilities and that any wages that would be paid to you should be paid to the IRS.

Go For an Installment Agreement

I am always surprised to find out how few taxpayers consider entering into an installment agreement to pay off their IRS back taxes, especially considering it is often the best option for a variety of reasons. The IRS labels a taxpayer in an installment agreement as compliant, which reduces the amount of IRS letters and phone calls in the short-term while showing a taxpayer’s willingness to cooperate in the long-term.

When To Use. The easiest way to answer this question is to list when an installment agreement should not be used, which is when another option is far superior. For example, if a taxpayer has a large balance owed to the IRS and can only afford to make minimal installment payments another resolution option is more desirable because the taxpayer would barely be paying off the principal of their debt. That being said, the fact remains that an installment agreement should always be considered, even if only as an interim solution while considering other methods.

Cons. Interest continues to accrue; could take years to pay off tax debt; must remember to make payments or else default (not an issue if utilize the direct debit option).

Stick to Your Payments

Do not fail to make your payments on time to the IRS. If you violate the terms of your payment arrangements, the IRS will attach and seize property that you own, including bank accounts and even the mortgage on your home. However, if you speak with them in the event that you are having problems making your payments, you should be able to work through it.

A professional representative can usually be of significant help in negotiating the most favorable possible compromise or installment agreement. That said, beware the “pennies on the dollar” firms or 1-800 number firms that advertise on late-night television,  “In many instances these firms will simply take a client’s money and perform no or minimal services,” “Many of these firms have been prosecuted in their states of origin for unlawful and deceptive business practices.” If you are interested in obtaining representation, interview two or three potential firms in your city,” . Make sure that IRS tax controversy and IRS collection resolutions are the backbones of their practices. Many attorneys and Certified Public Accountants (CPAs) do tax planning but rarely interface with the IRS. It’s important that your representative has deep experience negotiating with the IRS in back taxes payment cases.

If you haven’t filed your taxes in a few years, you may be wondering what options you have. You may be surprised to learn that filing your tax returns can be the quickest way out of tax trouble. But you need to protect yourself. Here’s how:  Back Taxes: Essentials for Preparing and Filing Late Tax Returns

Above all, the one thing you shouldn’t do is to do nothing.  Taxpayers who don’t take action will find themselves embroiled in the IRS collection process.  Did you know? The IRS can levy your wages and bank accounts, or even place a Federal tax lien on your property! If you’ve received an IRS notice about a levy or lien, it’s still not too late to get tax debt help.

Nobody is saying that the federal government is getting all warm and fuzzy about late tax payments. However, the IRS does offer more programs than ever before for Americans to get back on track with their taxes. The key is to act quickly and find a resolution as soon as possible.

The possibility of losing wages or property is very real. You should take all IRS notices seriously because even if they are the ones who made an error, you are the one who will be paying for it until/unless it’s addressed. You may even want to consider hiring a Certified Public Accountant (CPA) to help you deal with back taxes.